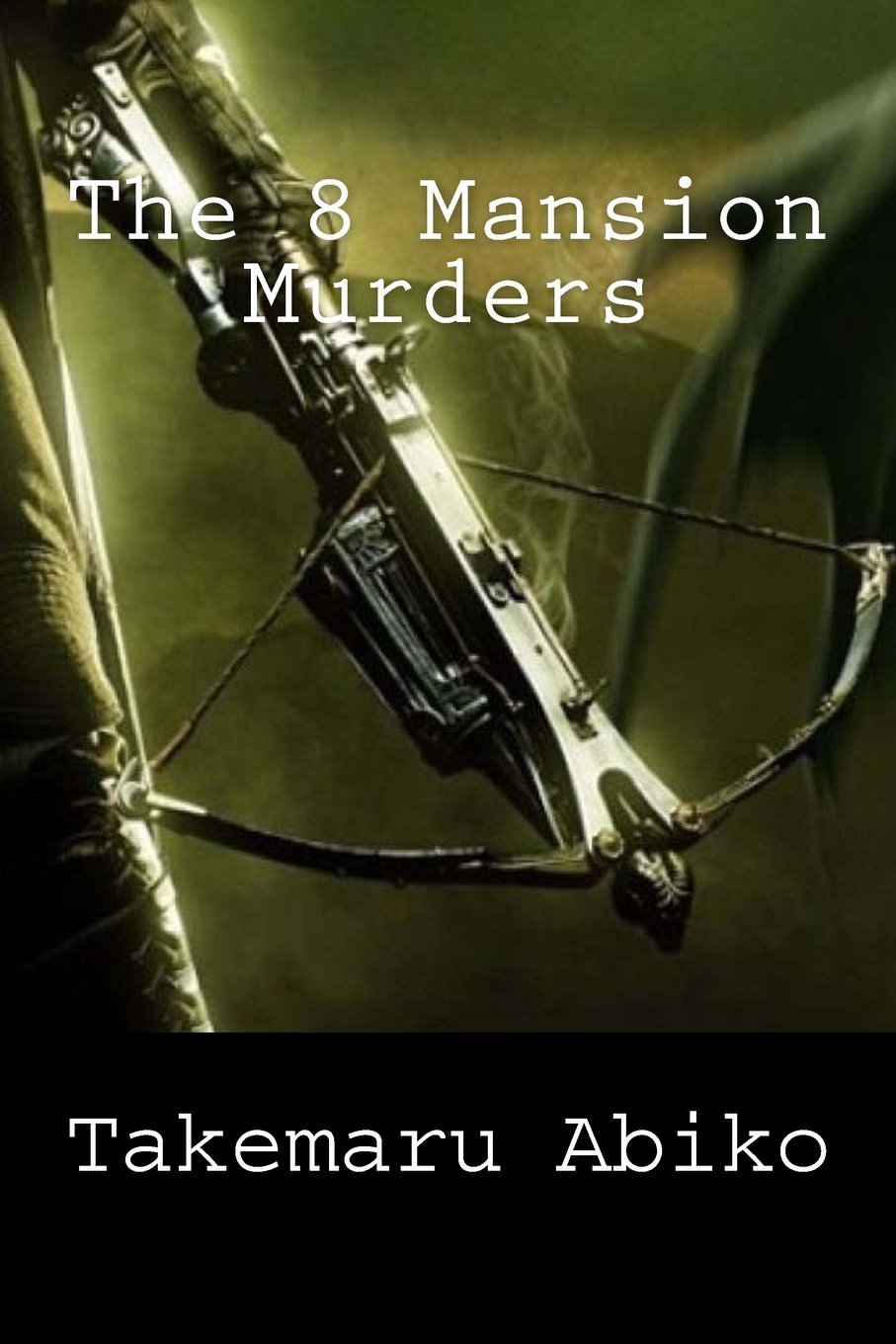 After way too long, I’ve finally gotten around to reading Takemaru Abiko’s The 8 Mansion Murders, the most recent Japanese translation from Locked Room International at the time of this post. Like Yukito Ayatsuji’s The Decagon House Murders and Szu-Yen Lin’s Death in the House of Rain, there’s a heavy focus on the mansion the story takes place in. This mansion is the titular 8 Mansion, named because it looks like a figure 8 when viewed from above. It was the brainchild of Kikuo Hachisuka, current president of Hachisuka Construction. And it’s also the inspiration for a murder.

Kikuichiro Hachisuka, the above’s son, is woken in the night by a phone call telling him to come to the covered gallery over the house’s courtyard. His mute daughter, Yukie, and her sign language teacher, Mitsuko Kawamura, witness Kikuichiro enter the gallery from Yukie’s room. They notice someone standing in the room of Yusaku Yano, the son of the servants, before Kikuichiro is shot down...by a crossbow bolt.

The case is taken up by police inspector Kyozo Hayami, and it looks black against Yusaku. He claims to have been sleeping in his bedroom with the door locked, but Yukie and Mitsuko are clear that the killer was standing in his window. And he knows how to use a crossbow. And his personal one “disappeared” a few days before the murder. Thankfully for him, Yukie believes in his innocence and is a beautiful girl that causes Kyozo to fall in love at first sight. He can’t solve the murder alone however, and has to rely on his younger siblings, the realist Shinji and the more imaginative Ichio.

Unlike the other shin honkaku novels I’ve read up to this point, The 8 Mansion Murders tries to be funny. There’s more wit in the dialogue, the characters (especially Kyozo and his siblings) try and play off each other more, etc. It doesn’t fully work for me, I admit. I don’t know how much of this is due to the style of the comedy (a good bit of it is physical, especially the comedy surrounding Kyozo’s hapless assistant Kinoshita, who more or less is crippled over the course of the story) and how much of it is due to the relatively dry writing/translation. It’s certainly more entertaining to read than The Ginza Ghost, but I can see someone being annoyed at how “off” the writing can feel compared to English works. This extends to the characters, who don’t really come to life outside of the main cast. The only one who stood out to me at all was the victim’s younger brother. The pacing feels odd in places; the main example that stands out to me is the summation grinding to a halt so we can get a locked room lecture. I don’t mind locked room lectures normally, but not when they’re used to kill time.

It’s annoying, because honestly the mystery is very well done. Jack Hamm in the comments of this review from The Green Capsule put it well; there’s not one big surprise, more like a set of smaller surprises that link together. (Interestingly, Soji Shimada notes this trend among more recent shin honkaku writers in his introduction, although there it’s in the context of those writers freely taking ideas from previous authors and using them in different ways.) There’s a second impossible murder about halfway through the book, again committed in a locked room, and this time the evidence implies that the killer was standing outside the window in mid-air. I honestly feel that the “how” for both murders is very possible to solve. I got the general gist behind the first murder and had the best possible feeling about the second: the feeling that I could have solved it if I had been willing to think about it a bit more. There’s also a clever explanation about why the killer had to move the body, even though I thought it wasn’t used to its fullest potential. The killer is also a nice surprise, but their plan is utterly bonkers, I just don’t believe that it would work, and they never do the thing that would help their plan. The motive also boils down to “I was mad, mad, MAD!!!” which is disappointing.

But all in all, I enjoyed it. I had my issues, and I can see someone finding them to be a deal-breaker. But I still get a thrill when thinking about the simplicity of that second death, and I can see someone new to mysteries having a blast while someone familiar enjoys the in-jokes and the well-put together locked rooms. Ultimately, I’ll give it a Recommended, but the more critical can think of it as a Recommended, with Caveats.
Posted by The Dark One at 8:10 PM