Locked Rooms and the Suspension of Disbelief 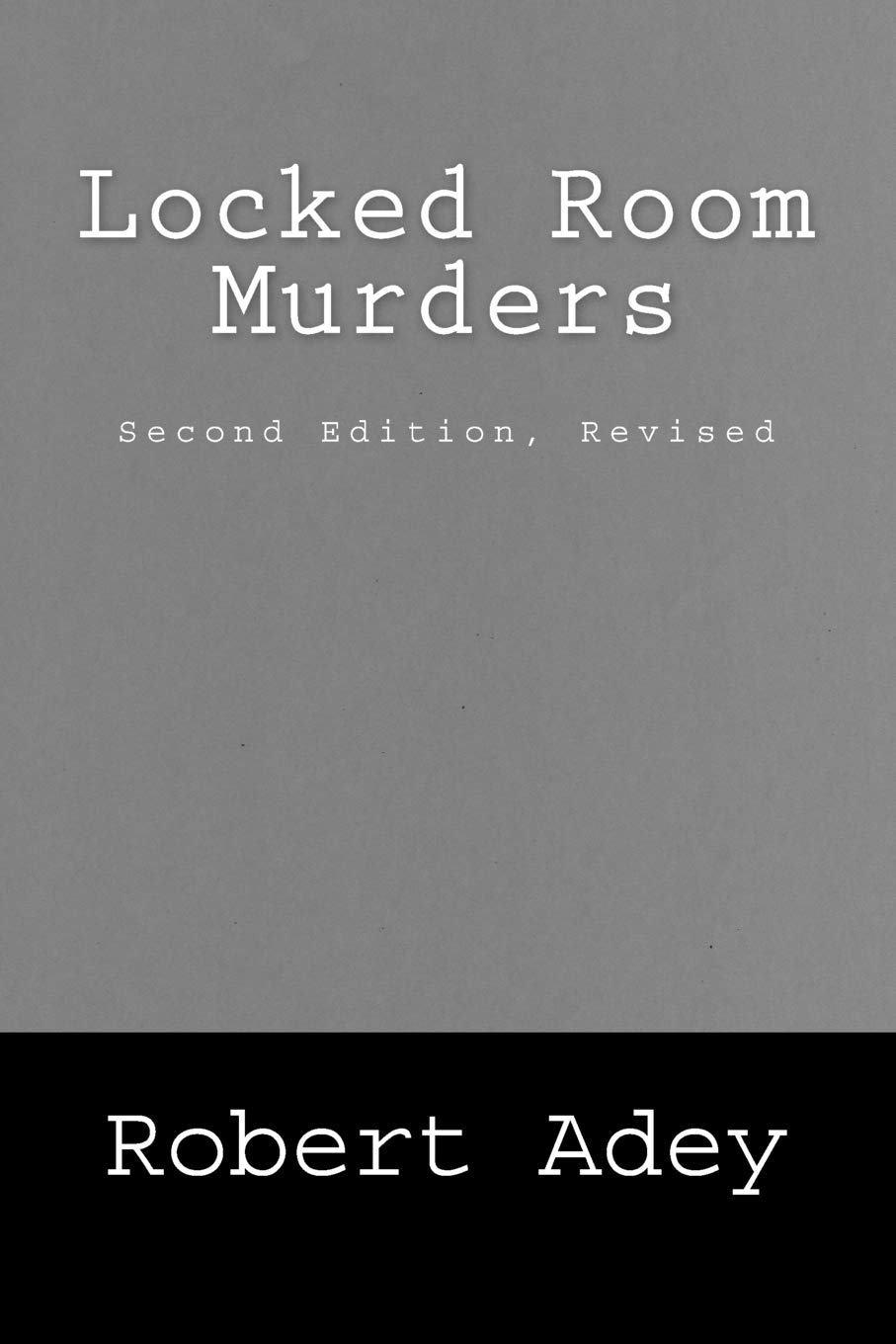 Warning: This post spoils Edward D. Hoch’s “The Problem of the Pilgrim’s Windmill.”

So I’ve been flipping through Robert Adey’s Locked Room Murders recently (and man it feels good to type those words), and seeing all the different types of locked rooms out there. It’s not a perfect book--I’ve noticed a few errors and the descriptions are a little more terse than I would like--but on the whole I’d rather have it than not have it. As part of my flipping, I’ve been seeing how Adey describes some of the locked room mysteries that I’ve actually read, such as Edward D. Hoch’s Dr. Sam stories. So I checked out “The Problem of the Pilgrim’s Windmill,” an excellent little story that has people apparently being set on fire by Satan in the titular windmill, with no footprints in the surrounding snow. The imagination is sparked at once, and the story is in my opinion quite good. How does Adey explain this?

“Both incidents occurred when gasoline-filled balloons were accidentally ignited.”

He’s not wrong. But I feel this does the story a disservice. The impression is that some madman is lighting gas-filled balloons and sicing them on the windmill, or a very odd comedy of errors. But the whole thing is played seriously, the motives for the burnings are very serious, and the one behind it all is one of the more repulsive killers in the Dr. Sam canon. While one aspect of the second burning is a tad weak (I do think he would have smelled the gas), the whole thing is actually well-done and put together.

This isn’t a criticism, more speculation. While reading Adey’s book, I was struck at how stupid some of these solutions sound out of context. While some of that is down to the book itself being bad, there are probably some well-regarded stories here that leave you going, “Well, yes, that is pretty silly when you put it like that.” This isn’t a knock against quality though, I’ve seen forum games where the entire point is to take well-regarded works and make them sound as boring/inane as possible. But that’s beside the point.

In some ways it makes me appreciate authors who manage to make these stories work all the better. Yes, yes, many mystery plots, if you just sum up the bare minimum, sound really stupid, cliche, or inane. Take Death in the House of Rain for example. If I just blandly stated the solution (and you can sum it up in a sentence), you would probably cry “That’s stupid!” But it’s the sign of a good mystery writer (or writer in general) who can sell you on this set-up, not so much so that you believe that it happened, but that it could have happened, or at least that in the story’s world it’s plausible. In Death in the House of Rain’s case, for all that I have issues with the rest of the book, it does do a good job of justifying why this solution, even if some parts seem shaky to me. I think Hoch does a good job of that justification in this story as well, personally.

No real final point to this. Just me musing about how absurd the things we like are and how creators take the most bizarre ideas and sell us on them. What are your thoughts?
Posted by The Dark One at 10:31 PM